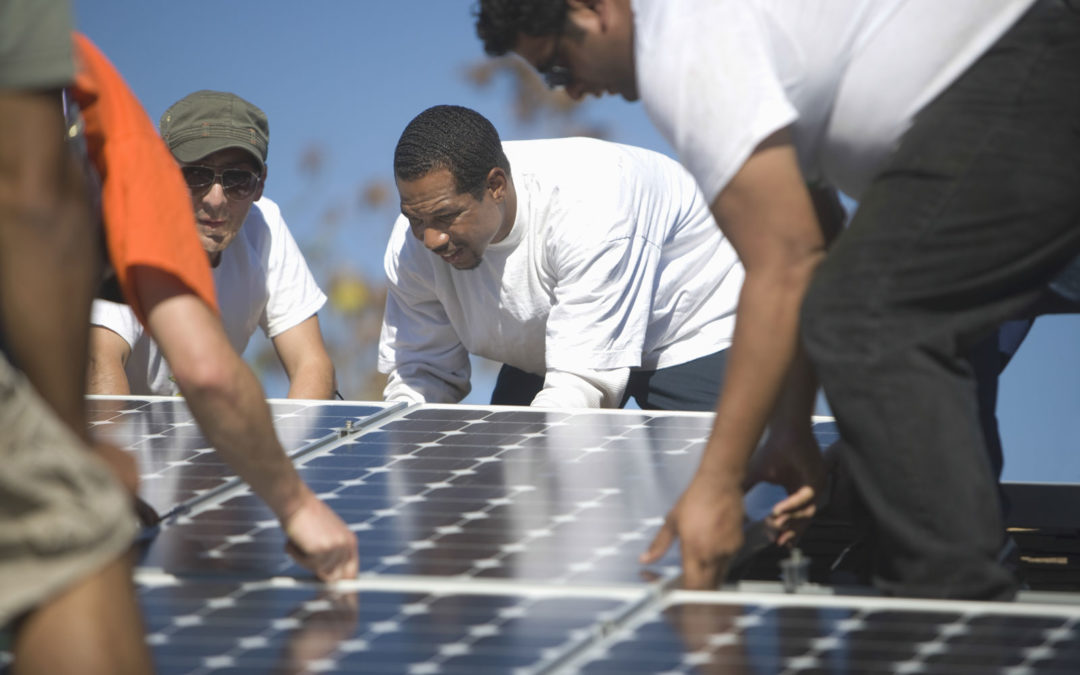 Today the Solar Energy Industries Association (SEIA), The Solar Foundation, and the Interstate Renewable Energy Council released the 2020 National Solar Jobs Census. While there was a 6.7% decline in the national workforce from 2019, solar jobs in Wisconsin held steady throughout 2020.

Nationally, the solar industry employed 231,474 workers in 2020. The report tracks all solar jobs in residential and utility-scale construction, as well as all supply chains, and includes anyone who spends 50% or more of their time working on solar-related activities.

While overall national solar employment dropped, the Solar Jobs Census results did show favorable numbers in specific categories. Diversity in the workforce increased, mainly among women but also among Blacks, Asians, Latinos, and Hispanics. Additionally, the Census demonstrated that pay rates for solar jobs were comparable or higher than the U.S. averages for similar occupations in energy and construction industries.

Productivity in solar showed significant growth in 2020. Record amounts of solar installations occurred last year as the total U.S. capacity increased by over 19,000 megawatts. A vast majority (73%) of the installed solar capacity was utility-scale, but residential solar productivity also increased by 19% nationwide.

Here in Wisconsin, our solar installation totals set records last year. The completion of the Two Creeks solar farm in Manitowoc County was part of over 200 megawatts of solar that came online in 2020. According to RENEW’s analysis, Wisconsin’s cumulative solar capacity more than doubled in 2020.

Wisconsin residential solar installations also increased in 2020. Over 10 megawatts of solar were installed on homes last year compared with approximately 5 megawatts in 2019. Focus on Energy saw nearly a tripling of requests for residential solar incentives, going from around 700 reservations to over 2,000. This surge in solar adoption was likely due to people spending more time in their homes, recognizing their energy consumption habits, and seeking to reduce their utility bills.

According to the Solar Jobs Census, solar employment figures in the Badger state saw a slight improvement from last year’s figures. Across the state, jobs were up from 2,871 in 2019 to 2,910 in 2020. Wisconsin is ranked #26 nationally for all solar-related employment.

While the Wisconsin job totals are reassuring, significant workforce growth is still needed. According to SEIA, “the solar industry is on a trajectory to reach 400,000 solar jobs by 2030,” but “employment will need to exceed 900,000 workers by 2035 to reach the 100% clean electricity goal set by President Biden.”

Approximately 2,450 megawatts of generation are expected to come online in Wisconsin over the next 3-5 years. We will need to scale up our solar workforce in that timeframe to complete these projects. Wisconsin’s solar industry offers an unparalleled opportunity to grow our clean energy workforce and reinvest millions in our local economies.