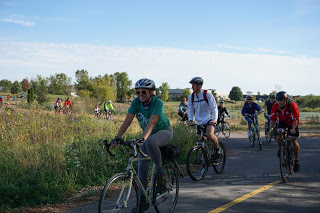 Check out all the photos on our Facebook photo album!

Our biggest bike event yet, we had seventy-four riders who traveled approximately 25 miles on paved roads and bike paths to visit innovative wind, solar and biogas energy generation facilities in scenic northwest Dane County. Seven seasoned cyclists opted for the extended route of about 40 miles to travel at their own pace.

Participants got an inside look at some of the area’s leading renewable energy projects and enjoyed breakfast, lunch (pizza donated by Glass Nickel Pizza), and beverages (post ride beer donated by Capital Brewery) along the way. They visited with installers and workers who are advancing renewable energy every day, and heard from customers about why clean energy works for their pocketbooks and their businesses. 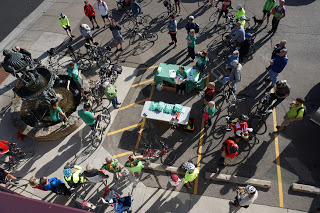 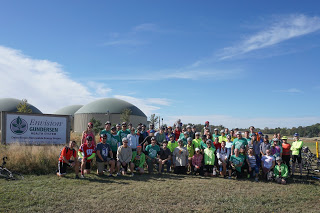 The first stop of the ride was Gundersen Health Systems & Dane County Biodigester. This project converts manure to make enough electricity to power approximately 2,500 homes while keeping manure out of the watershed.

Next, we visited Madison Gas & Electric’s Middleton Shared Solar project, a large 500 kilowatt solar project on the roof of the Middleton Operations Center. Subscribers to this pilot shared solar program receive the benefits of locally generated solar power from a centralized solar project. 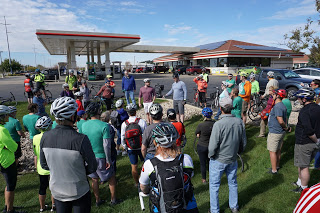 Presenting sponsor, SunPeak, led a discussion on one of their projects, the PDQ in downtown Middleton. The solar panels installed on this store showcase the market advances of solar alongside traditional fuels. 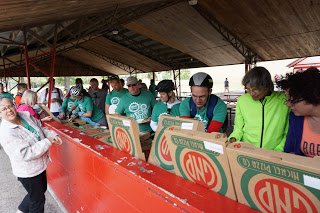 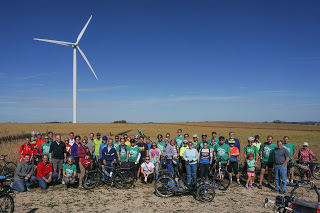 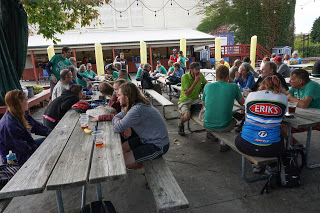 The ride concluded with refreshments at Capital Brewery, also powered by a set of solar panels.