Energizing Fort Atkinson’s schools from the sun and earth 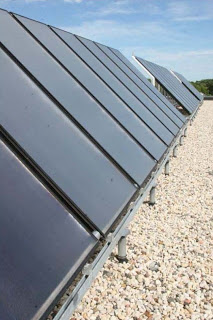 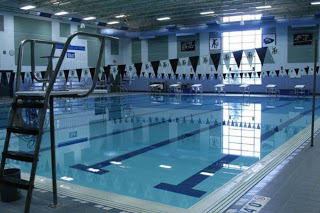 The solar water heating systems serve Fort Atkinson high school and the middle school. The radiant energy striking the rooftop panels year-round is efficiently collected and taken inside to preheat the swimming pools inside each structure. Except during the winter months, the incoming solar energy is sufficient to maintain pool temperatures at 84°F. Even in January, however, the savings that a solar hot water system yields simply by preheating a pool to 70°F is substantial when multiplied over several decades.

From a story by Michael Vickerman, RENEW’s executive director:

As a result of educating themselves on the connection between energy use and atmospheric pollution, several school districts in Wisconsin are taking increasingly aggressive steps to conserve energy as well as produce a portion of what they use on-site. Some have embraced ground source heat pump systems (Fond du Lac High School), while others have installed solar hot water systems (Osceola Middle School) and solar electric systems (Paul Olson elementary school in Madison). Not to be outdone, Wausau East High School recently installed a 100 kW Northwind turbine, which is now the largest wind generator attached to a school building in Wisconsin.

Yet if one measures success by substantial reductions in energy expenditures and emissions reductions, there is one school district in Wisconsin that stands head and shoulders above its peers: Fort Atkinson. Serving 2,700 school-age children in a community of 12,000, the Fort Atkinson School District operates six buildings: four elementary schools, one middle school and a high school. School officials have made no secret of their aspiration to make Fort Atkinson the most energy-efficient and self-sufficient K-12 district in the state.

Since 2005, Fort Atkinson has rigorously pursued a sustainable energy agenda that integrates, in a systematic and complementary fashion, continuous monitoring of consumption, aggressive building efficiency measures, and renewable energy capture. As articulated in its 2009 energy plan, the district, the district’s principal goals for 2010 are nothing if not ambitious: