New Analysis: Over 90% of Public Commenters Are Opposed to Utility Rate Redesigns 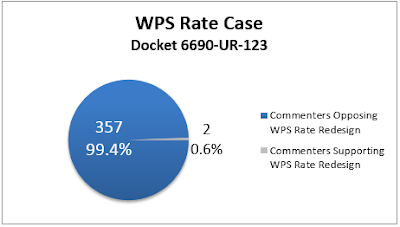 A new analysis conducted by RENEW Wisconsin of the public comments filed in three controversial utility rate cases shows that over 90% of the more than 3,500 public comments offered are opposed to the rate hikes and changes to how customers with renewable energy systems will be treated. Read the full report, “Wisconsin Utility Rate Redesigns Overwhelmingly Unpopular“.

In addition to the analysis, the report includes several quotes from the large variety of stakeholders who made their voices heard in this public process, and a listing of businesses and organizations that made time to participate. From seniors to social workers, businesses to students, shareholders to household Wisconsin brands like Organic Valley, people and organizations made public comments in record numbers.
The three utilities that have proposed these changes include Wisconsin Public Service (WPS) out of Green Bay, We Energies based in Milwaukee, and Madison Gas & Electric (MGE).  A typical rate case receives comments numbered in the dozens at most.  WPS’ case received nearly 360 comments, with only 2 individuals supportive of the change.  That means over 99% of commenters in the WPS case were in opposition to the fixed rate hike.

In addition to those comments, over 7,500 individuals signed onto petitions opposing the rate change for WPS, and those petitions were also entered into the record.
Comments for We Energies and MGE were due a month later, in early October, and the volume of comments hit an even higher order of magnitude. Approximately 1,950 comments were offered in the We Energies case and 1,250 in MGE’s, with 89% and 90% opposed in those respective proceedings. 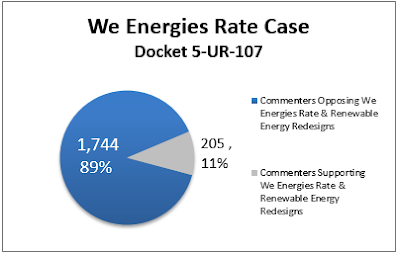 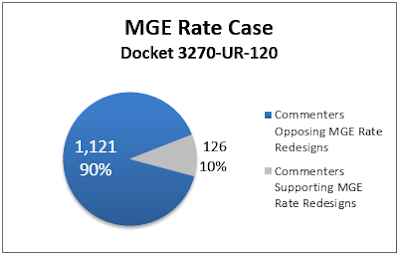 “The public showed tremendous concern for the bill increases, reduced incentive to conserve energy, and reduced customer control over their energy bill that these proposals will bring about.  With so many comments filed, we wanted to make sure that the volume and tremendous content from the public was summarized and presented for the world to see,” said RENEW Wisconsin’s Executive Director, Tyler Huebner.