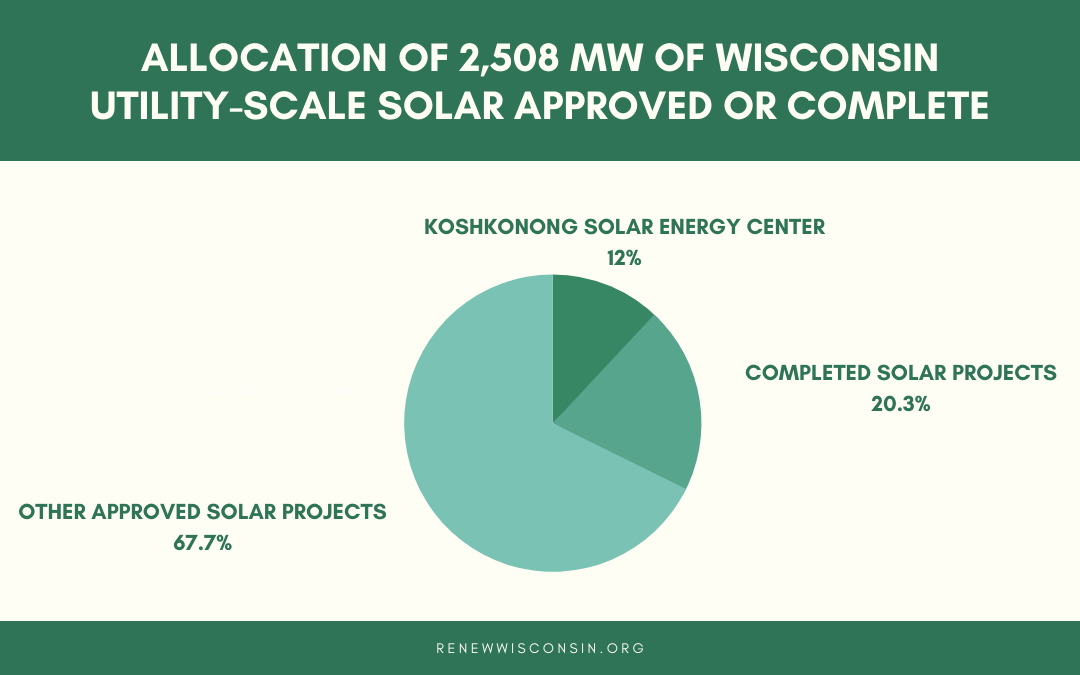 Developed by Chicago-based Invenergy LLC, this solar project will provide enough emission-free electricity to power 60,000 Wisconsin homes. It will become one of Wisconsin’s largest renewable energy generators, representing 12% of Wisconsin utility-scale solar projects that have been completed or approved as of today.

The Koshkonong Solar Energy Center will be located in southeast Dane County. In addition to the 300 MW of solar power, the project will feature a 165 MW battery storage component to help bolster grid reliability. WEC Energy Group and Madison Gas and Electric intend to buy the plant for $649 million.

“This project accelerates the state’s and the region’s transition to clean energy,” said Heather Allen, Executive Director at RENEW Wisconsin. “With enough capacity to provide one-fourth of the local solar needed to meet Dane County’s Climate Action Plan, Koshkonong’s approval is a major milestone in the transition to energy independence for the region.”

When energized, the project will generate $1.2 million per year in new revenue for local governments, in addition to lease payments to local landowners. Construction is expected to begin later this year and will likely become operational in 2025.

“The energy storage component of the project will provide up to 660 megawatt-hours of energy storage per day, or approximately the equivalent battery storage capacity of 6,000 electric vehicles,” Allen added. “Battery energy storage adds more flexibility to the project, allowing for energy use when it is needed most.”

Koshkonong is the fourth solar generation project proposed by Invenergy to receive construction approval from Wisconsin regulators and the third to be combined with an energy storage component. The four solar projects developed by Invenergy—Badger Hollow, Paris, Darien, and now Koshkonong—will comprise 1,050 MW of generating capacity when completed. The energy storage facility at Koshkonong will be the largest of its kind in Wisconsin.

In a separate proceeding, WEC Energy Group and Madison Gas and Electric seek permission to add the Koshkonong Solar Energy Center to their growing portfolio of renewable generating plants. The PSC will likely rule on this application before the end of this year.

In the technical hearing leading up to the PSC’s decision, RENEW provided expert testimony documenting the public benefits to be delivered by the Koshkonong solar and storage project. These benefits include: 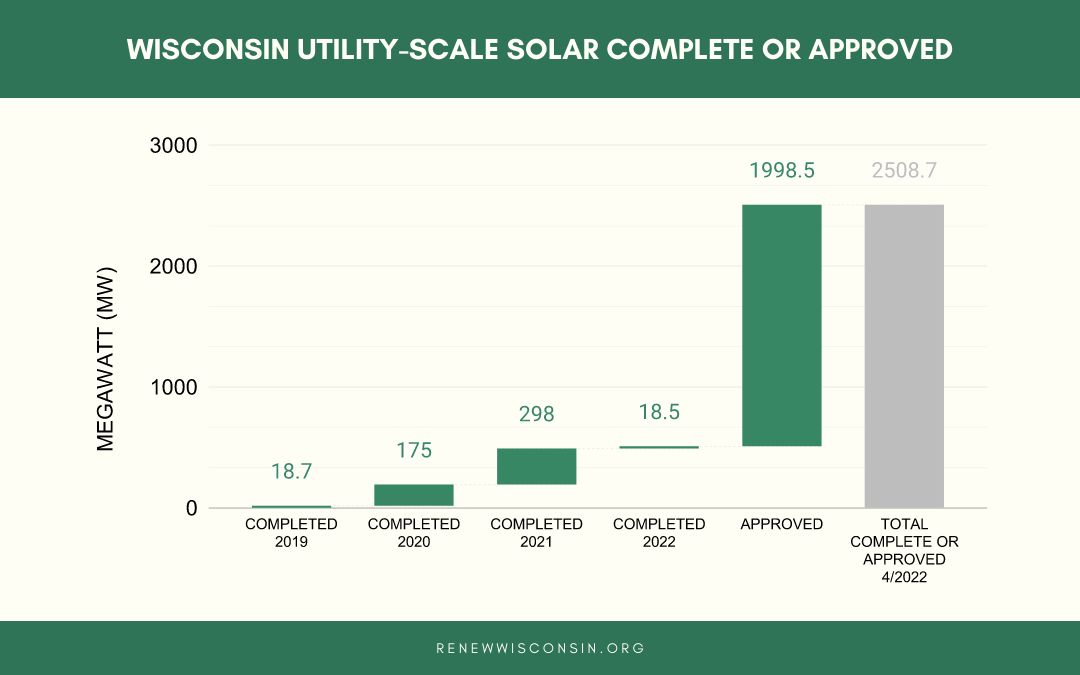