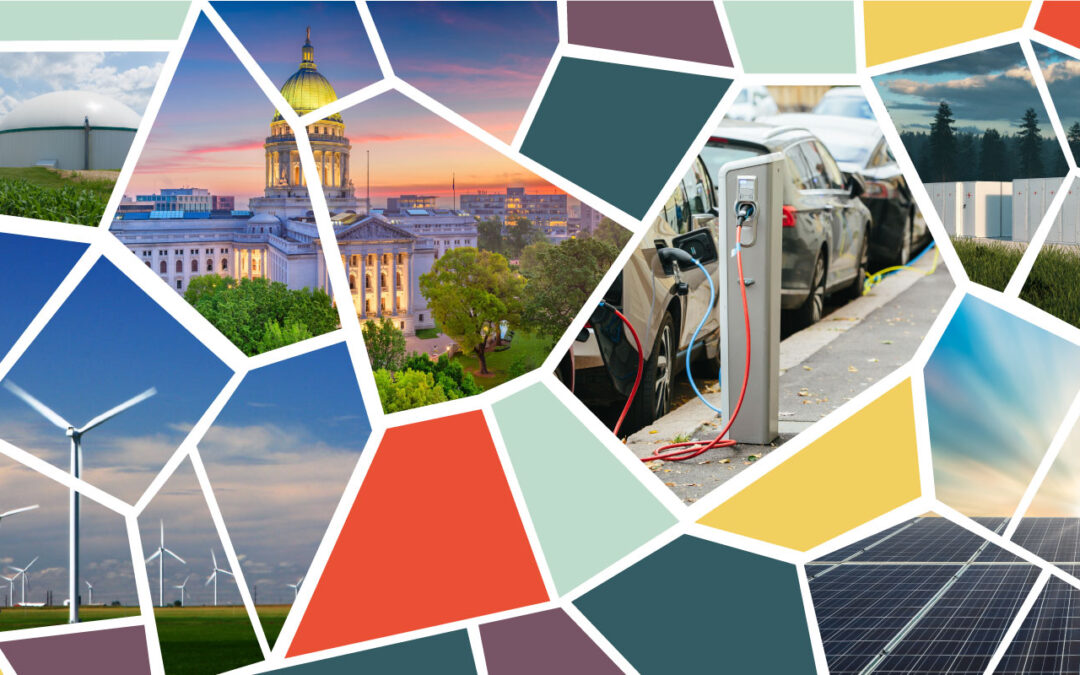 As part of its tenth annual Renewable Energy Summit, RENEW Wisconsin will recognize individuals and organizations who have made significant and lasting advances in renewable energy development here in Wisconsin.

Renewable Energy Business of the Year

Northwind Solar Cooperative has been a fixture in Central Wisconsin’s renewable energy marketplace since 2007, operating principally in the residential and small commercial segments. Throughout its history, Northwind has been acutely conscious of the value of community ties. Northwind’s PV systems are a common sight in Amherst. The company has operated the Grow Solar – Central Wisconsin group purchase program for four straight years, designing and installing more than a megawatt of solar capacity for 168 residential customers. After the company reorganized itself as a worker-owned cooperative structure, Northwind committed to building a new headquarters building in Amherst Business Park that showcases its talents and services. With 44 kW of PV capacity and multiple battery configurations, Northwind’s new headquarters building invites prospective customers to pursue solar + storage as the energy package of the future.

Renewable Energy Catalysts of the Year

Aspirus Health is a health care organization serving much of central and northern Wisconsin and Michigan’s Upper Peninsula, with 10 hospitals, 50+ clinics, labs and other service-providing facilities within its system. In 2018 Aspirus launched a systemwide initiative to identify and implement strategies for slashing its energy overhead and scaling back its carbon footprint. Sid Sczygelski, chief financial officer of Aspirus, chairs this initiative, while Sustainability Director Ali Wolf directs and coordinates this ambitious undertaking. Their goal is to reduce carbon emissions systemwide 80% by 2030. Going into 2021, Sczygelski, Wolf and the Aspirus sustainability team have made great progress to date. Aspirus has integrated into its buildings more than 900 kilowatts of solar PV on its rooftops, saving more than $600,000/year in energy expenses. In 2021, Aspirus plans to double its use of solar energy systemwide and complete construction on its most energy-efficient facility yet, a clinic in Wausau.

In 2017, students and staff at Madison West High School started work on a campaign to power their school with a rooftop solar PV system. That year, Charles Hua, then a junior, took the helm of West Green Club and launched a fundraising and outreach campaign that blossomed into one of the largest youth-led sustainability efforts in Wisconsin. From June 2017 through 2019, the West Green Club raised nearly $90,000 from staff, students, parents and local foundations, accounting for nearly 50% of the cost of their 128 kW solar PV system. Installed last summer by Westphal Electric, Madison West’s solar system is now the largest array supplying electricity to a Madison Metropolitan School District building. The example set by Hua and West Green Club helped inspire the school district to adopt a 100% renewable goal for all of its facilities. Hua is now a junior at Harvard University.

Renewable Energy Champion of the Year

Long a leader in pursuing solar power for its operations, Oregon School District took advantage of an opportunity in 2018 to push the envelope on sustainability at its new Forest Edge Elementary School in Fitchburg. Collaborating with HGA’s Madison office, an architectural and engineering design firm, the school district financed and saw to completion the first net zero energy public school in Wisconsin. Equipped with a 646 kW rooftop solar array, a ground-source heat pump system and onsite battery storage, Forest Edge is an all-electric building. There is no gas connection to the school. Completed in the fall of 2020, Forest Edge represents a quantum leap in capturing, controlling and maximizing the economic value of sunshine and ground temperatures to heat, cool and power a building where many people congregate.

Renewable Energy Pioneer of the Year

Impatient with federal and state government inaction on climate change, Dane County decided to roll up it sleeves and get to work, starting in 2017 with the creation of the Office of Climate Change and Energy. The County’s approach to reducing fossil fuel use has been aggressive and remarkably systematic for a local government. A number of these actions bore fruit in 2020. These include:

Renewable Energy Project of the Year

Developed by Florida-based NextEra Energy Resources in Manitowoc County, the 150-megawatt Two Creeks Solar Park was energized last November. It is now the largest power plant in the state of Wisconsin that is fueled by the sun. Jointly owned by Wisconsin Public Service and Madison Gas and Electric, Two Creeks effectively doubled solar generation capacity in Wisconsin, and its output will equal the electrical consumption of 33,000 residential households. Two Creeks was the first solar power plant to receive approval from the Public Service Commission, and the first to be approved as a utility-owned asset. Seeing Two Creeks to completion opens the door to a new chapter in electric power, one highlighted by the emergence of solar power as the cleanest, more affordable and least risky supply option available to Wisconsin electric providers.

This year’s summit program will also draw attention to other milestones and notable achievements in 2020, including the following: