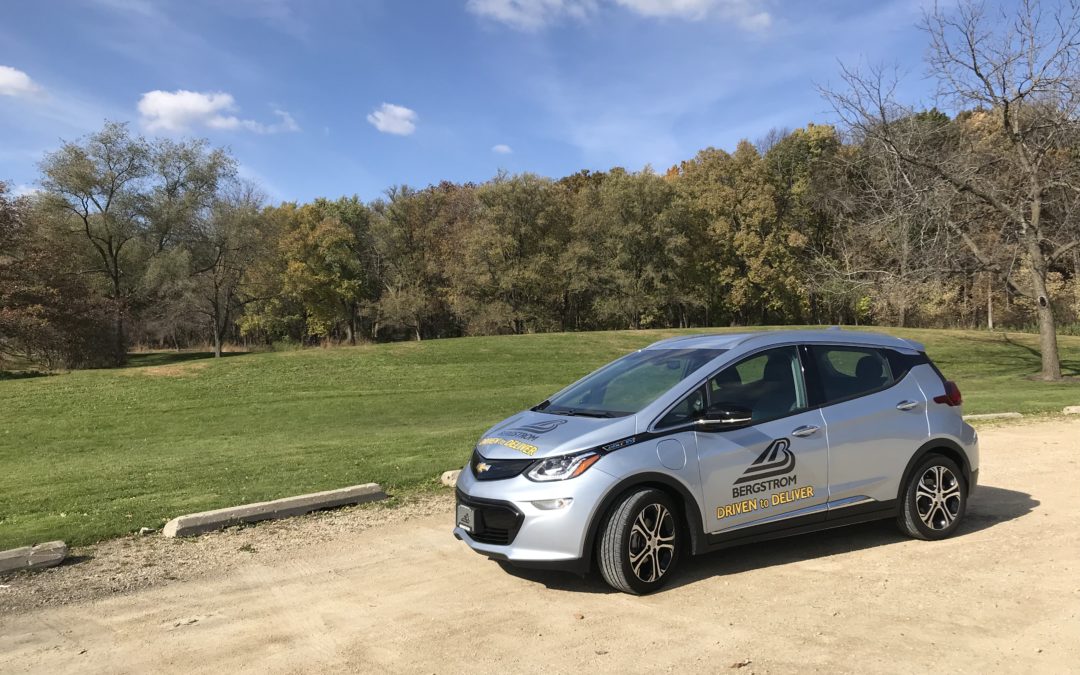 Happy Halloween! Let’s talk about something that isn’t spooky: driving electric! With momentum building, from hundreds of new models hitting the market soon and the Volkswagen Settlement providing an opportunity for public infrastructure, there’s no reason to get a fright over driving electric.

I’ve heard interested people point to a few reasons why they might be a little spooked by the transition to driving electric. So let’s demystify some of these potential scares.

Potential Scare #1: I can run out of juice!

Not to throw her under the *hopefully electric* bus, but I got a text on Sunday from a friend who said she ran out of gas on the highway. Running out of juice, whether electricity or gasoline, might be an issue with any type of car. Just like you plan your gas station stops in a gasoline car, you plan your charging station stops in an electric car. The real difference is that your garage is your primary fueling place. And, unlike gasoline cars, you can leave the car on as you refuel, which means you can leave the heat on too! No more waiting out in the cold as you pump gas. For me, the real scare is pumping gas on a cold, dark night by myself. Plugging in my car after I pull into my garage, on the other hand, is not a spooky task!

So is gasoline! And you have to pump gasoline into your car, physically exposing yourself to its smells and dangers. The battery packs in vehicles don’t require regular human interference and are isolated into small packages, meaning that even if one of them malfunctions, it’s not likely that an entire battery pack will catch on fire. Not to mention that many gasoline car fires start as a result of a mechanical failure, which is less likely to happen with the very few moving parts in an electric car.

All cars are dangerous – that’s not new. But, did you know that electric cars can actually be safer than gasoline cars? Electric cars are less likely to roll over because they tend to have a lower center of gravity, mostly due to the heavy batteries being placed along the bottom of the car. The all-electric Chevy Bolt, which you’ll hear more about in next week’s post, was given the highest possible crash test rating and was named a 2017 Top Safety Pick. The safety of electric cars shouldn’t be a cause for concern.

Potential Scare #3: I’m just not as comfortable with electric cars!

I totally get that. Electric cars are somewhat new and do require a bit of behavior change from the driver. But, you can trust that electric cars are an extremely reliable, convenient, and fun swap for your gasoline vehicle. I don’t feel the need to understand exactly how my gasoline car works. I trust that when I turn the key, the car starts and I can go on my merry way. I know how to change a tire and add washer fluid to my car… anything else requires a trip to a mechanic. The good news is that an electric car doesn’t need much besides that! No oil changes, and again, fewer moving parts means less can go wrong.

What I really need, and I’m willing to venture many of you feel the same way, is a car so reliable that I never have to think about how it works. We all want a reliable and convenient car. To which I enthusiastically say, you should definitely consider switching to drive electric!

Driving electric isn’t so spooky after all

Driving electric doesn’t have to be scary. To prove it, next week I am going to drive Bergstrom Chevrolet’s Chevy Bolt over 800 miles from Madison to Detroit and back. If you want to follow along in real time, I’ll be taking over RENEW’s Twitter account next week, where I’ll share my experience taking an electric road trip through the Midwest!

Also, check out our new web page devoted to electric vehicles and driving on renewable energy.