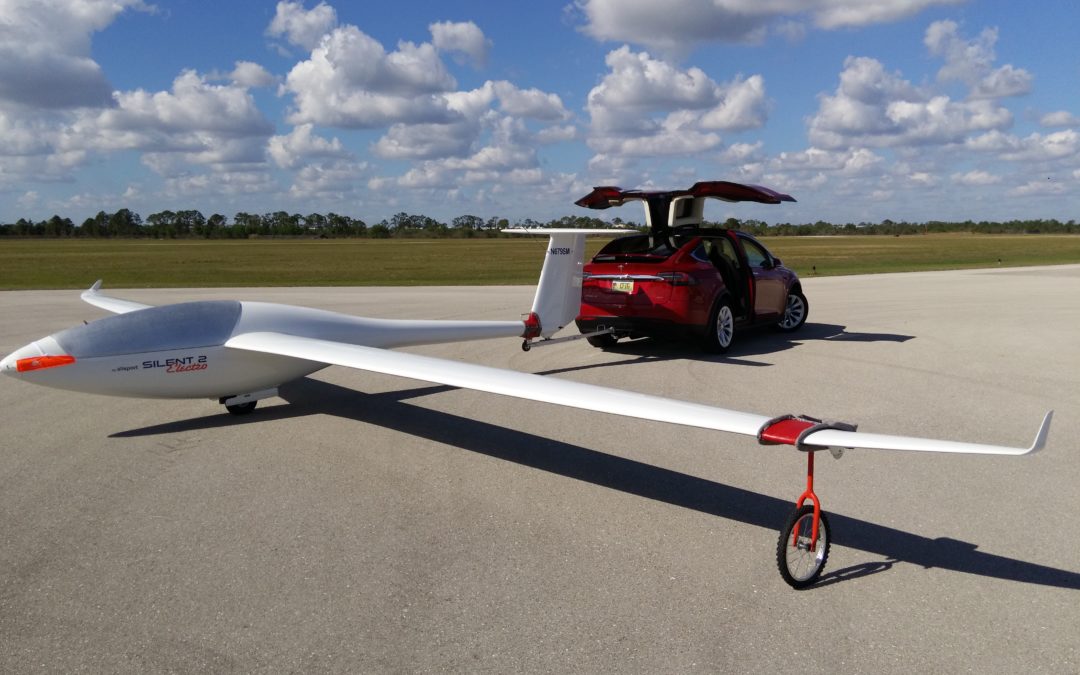 I met Scott Manley at a National Drive Electric Week event back in September, at a Ride-n-Drive that featured his Tesla Model X.  Scott’s Tesla caught my eye, but after talking with him for a few minutes, I realized that owning a Tesla was far from the most interesting thing about Scott.

Scott is a pilot and his personal aircraft is special in that it is an electrically self-launching glider.  Pure gliders don’t have a propulsion system.  Instead, they are typically pulled into the air by a powered airplane until they’re high enough to reach a source of rising air.  Much like hawks, gliders then stay aloft using that rising air.

Scott’s glider has an electric motor, which means it doesn’t need to be towed into the air.  His glider is capable of taking off under its own power and climbing into the rising air.  Once there, the motor is shut down, the propeller blades fold against the side of the glider, and the flight continues, often for hours at a time, using only the energy in the atmosphere; free, clean energy generated by the sun heating the ground.

The image above shows the Tesla Model X ready to tow Scott’s Alisport Silent 2 Electro out to the launch area.  The beautiful cumulus clouds in the background are each the result of a rising column of air.  Way cool.