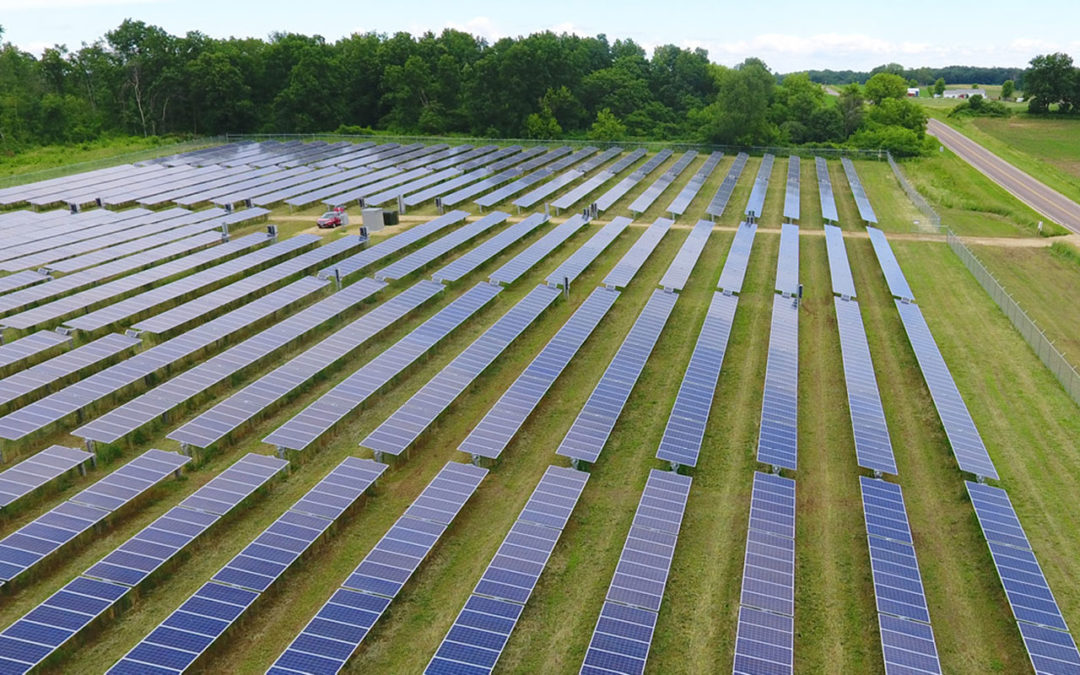 Approved by the Public Service Commission in November 2017, Saratoga Wind is a 33-turbine installation totaling 66 megawatts (MW). MGE broke ground on the project in early 2018. Now operational, Saratoga is expected to generate between 275 and 300 million kilowatt-hours of electricity annually. Click here to watch a short, time-lapse video of Saratoga’s the construction.

OneEnergy is breaking ground this week on 10 solar arrays in the Upper Midwest that will supply electricity directly to municipal electric utilities in western Wisconsin and Minnesota. Seven of these installations will be located in Wisconsin. The financing for these projects is coming from multiple sources, among them Organic Valley, the City of Madison, and project owner BluEarth Renewables. In exchange for their contributions to the projects’ financing, Organic Valley and the City of Madison will acquire all the renewable energy attributes from the specific installations they are supporting. When the projects begin generating power this summer, the Arcadia array, sized at 7.45 MWdc (5 MWac), will become the largest solar array in the state of Wisconsin. Plymouth-based Arch Electric will construct several of the arrays.