Rothschild waits for biomass answers from We Energies 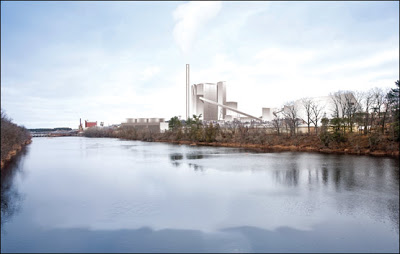 From an article by Sean Ryan in The Daily Reporter:

People in Rothschild have a lot of questions about how We Energies’ proposed $250 million biomass plant project will affect their neighborhood.

The community has not heard much about the project since representatives from the state and We Energies visited Rothschild in September to announce plans to build a 50-megawatt biomass plant next to Domtar Corp.’s paper mill, said Village President Neil Torney, who said the plant’s burner would be built 1,400 feet from his house.

“There’s a few concerned citizens who live near the plant who would, naturally, have a bunch of questions,” he said. Torney said his list of questions is seven pages.

We Energies is sending people to knock on doors within a mile of the project to share information and gather comments, said spokesman Brian Manthey. On Saturday, the utility will hold its first project open house in Rothschild, he said.

We Energies planners, Manthey said, want to hear concerns before applying for Public Service Commission of Wisconsin approval in March or April so the designs can be changed to alleviate problems.

The project will supply jobs to the community and other economic benefits, Manthey said.

“Those are all good things, and those are real good community benefits,” he said. “And we want to make sure that we are out there as well to address any issues.”

Artist’s sketch courtesy of We Energies