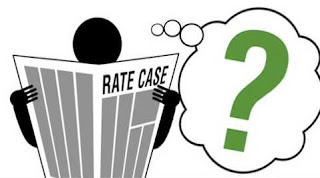 Buried in
the recently passed State of Wisconsin budget are funding cuts that will hobble
citizen watchdog groups in their fight against utility proposals to increase charges
and rates as well as impose hefty taxes on customers who generate electricity
from clean energy sources.

The
2015-2017 budget eliminates a competitive Public Service Commission (PSC) annual
grant of up to $300,000 in utility ratepayer funds. Over the last five years that
grant has gone to the Citizens Utility Board, a citizen group that advocates on
behalf of small customers. The budget also cuts in half a fund for groups like
RENEW Wisconsin that intervene in rate cases and power plant proceedings, and forces
them to pay half the cost of their expert witnesses and legal counsel.
The funding
cut for citizen groups comes at a time when Wisconsin utilities are seeking
approval from state regulators for another round of increases in their base
monthly charges.
“Wisconsin
utility customers now pay the highest electric bills in the Midwest,” said
Tyler Huebner, executive director for RENEW Wisconsin. “By weakening citizen
and small business representation before the PSC, Wisconsin’s legislature is effectively
flashing a green light to utilities to come in with higher charges and new
taxes to collect more money from customers and take away their ability to
control their electricity usage.”
“Thanks to
the sharply higher customer charges and new clean energy tax approved for We
Energies last year, Wisconsin is now an outlier relative to our neighboring
states,” Huebner said. “Unless these provisions are changed by Governor Walker,
the Legislature’s ill-considered action will surely likely take us further down
an economically unproductive path.”
Huebner
added: “To put this funding reduction in perspective, the five investor-owned
utilities collect $6 billion from their customers a year. But not one dime of
the annual $671,000 cut from this program will be returned to customers. Utilities
can continue spending hefty amounts on their own attorneys and experts, all at
customers’ expense. Meanwhile, the cost of electricity service in Wisconsin
keeps going up, which puts us at a competitive disadvantage and is becoming a
serious liability to the state’s economy.”