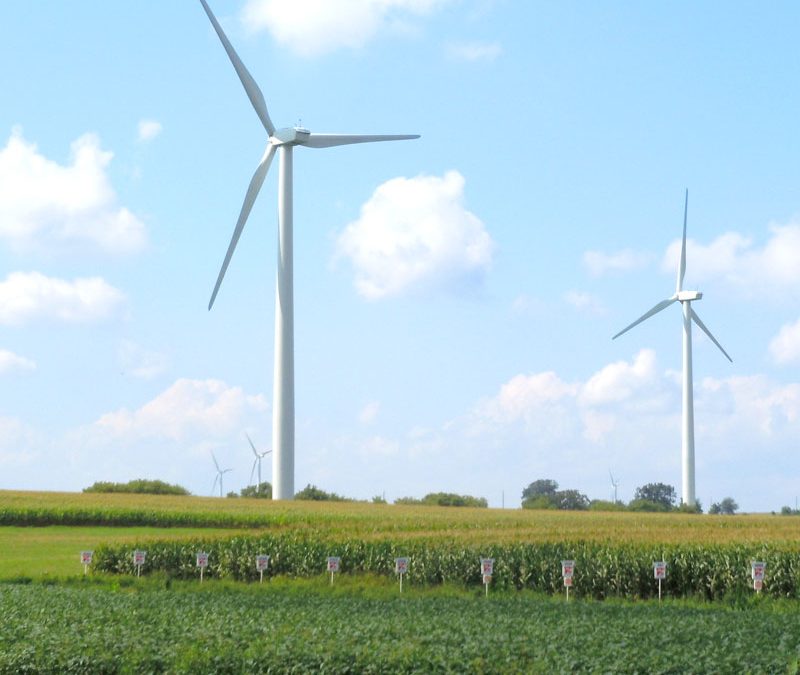 A 28-turbine wind power project in Grant County will soon become a utility-owned source of clean electricity, thanks to a Public Service Commission of Wisconsin (PSCW) approval.

With this approval in hand, construction of the Red Barn Wind Energy Center should commence this spring and proceed quickly to completion before the year’s end. Once Red Barn’s 28 turbines begin generating power, Green Bay-based Wisconsin Public Service Corporation (WPS) and Madison Gas and Electric (MGE) will assume ownership of the project. WPS’s project share will be 90%, while MGE will own the remaining 10%.

“The evidence presented by both utilities and project supporters was powerful and unambiguous. Red Barn will be an economically attractive source of zero-fuel cost, zero-emission electricity that will produce savings for Wisconsin ratepayers and reduce power plant emissions, including greenhouse gases for years to come,” said RENEW Wisconsin Policy Director Michael Vickerman.

Red Barn’s original developer, Minnesota-based Project Resources Corporation (PRC), secured a conditional use permit from Grant County in July 2019. The siting permit granted to Red Barn was the first issued by a local government in this state since the Wind Siting Rule (PSC 128) took effect in 2012.

PRC subsequently sold the rights to develop Red Barn to ALLETE Clean Energy, another Minnesota-based energy company, which will build the wind farm before transferring it to WPS and MGE for an estimated $162 million.

Vickerman added: “RENEW commends Project Resources Corporation for blazing the trail here, working with willing landowners as well as accommodating neighbors and local officials to assemble and shepherd a wind power project from conception to siting approval, sparking no discernible opposition in the process.”

Red Barn will also be the first Wisconsin-based wind energy power plant to be added to the generation portfolio of any Wisconsin investor-owned utility since We Energies’ 162 MW Glacier Hills project started producing power in late 2011. Since then, only one utility-scale wind farm, the 99 MW Quilt Block project in Lafayette County, has come online. Quilt Block has been generating power for sale to Dairyland Power Cooperative since 2017.

Throughout Red Barn’s operating life, Grant County and the Towns of Wingville and Clifton will receive a combined $368,000 in utility local aids each year.

In 2020, wind projects located in Wisconsin accounted for 2.4% of the state’s electricity supply, according to the PSCW.