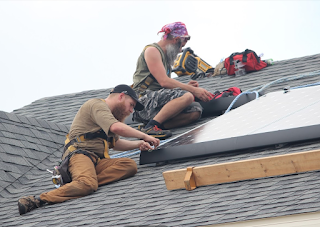 Today, The Solar Foundation released the national and state-by-state results of its annual “Solar Jobs Census.”

Nationally, the industry saw 25% growth with over 260,000 Americans now working in the solar sector, up from 208,859 last year, and comprising the fourth consecutive year with more than 20% growth.

The full report can be found at www.SolarJobsCensus.org, where national and state-by-state reports are located.

Additional key statistics include:
•    The U.S. Solar Industry now employs twice as many Americans as the coal industry, and   approximately as many as the natural gas industry
•    One out of 50 new American jobs in 2016 was in the solar industry
•    The national median wage for solar installers is $26 per hour
•    Solar employs Veterans:  9% of the solar industry is comprised of Veterans, compared with 7% of the U.S. workforce

“Solar energy is a growth industry and it is outstanding to see Wisconsin-based businesses adding jobs to meet the demand for increased solar installations in Wisconsin and throughout the country,” said Tyler Huebner, RENEW Wisconsin’s Executive Director.

“But Wisconsin’s solar energy job growth potential has just begun to be tapped.  Solar makes up less than 1% of Wisconsin’s electricity production.  This growth industry could be propelled by improved policies to unlock its true potential, including fair compensation for grid-connected solar, clarity on third-party financing opportunities, and simplified procedures for connecting solar to the local utility grid,” concluded Huebner. 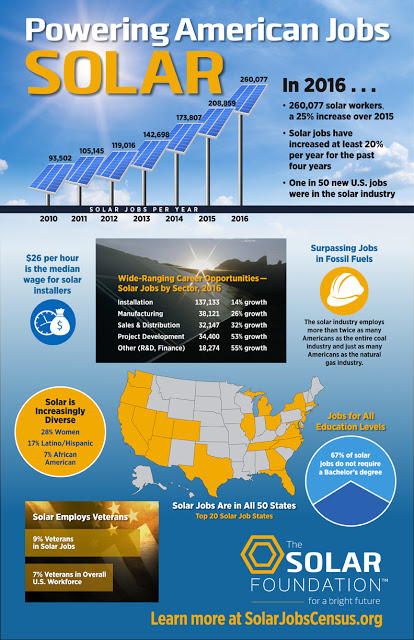