With PSC Approval in hand, Alliant’s Solar Portfolio soars above One Gigawatt 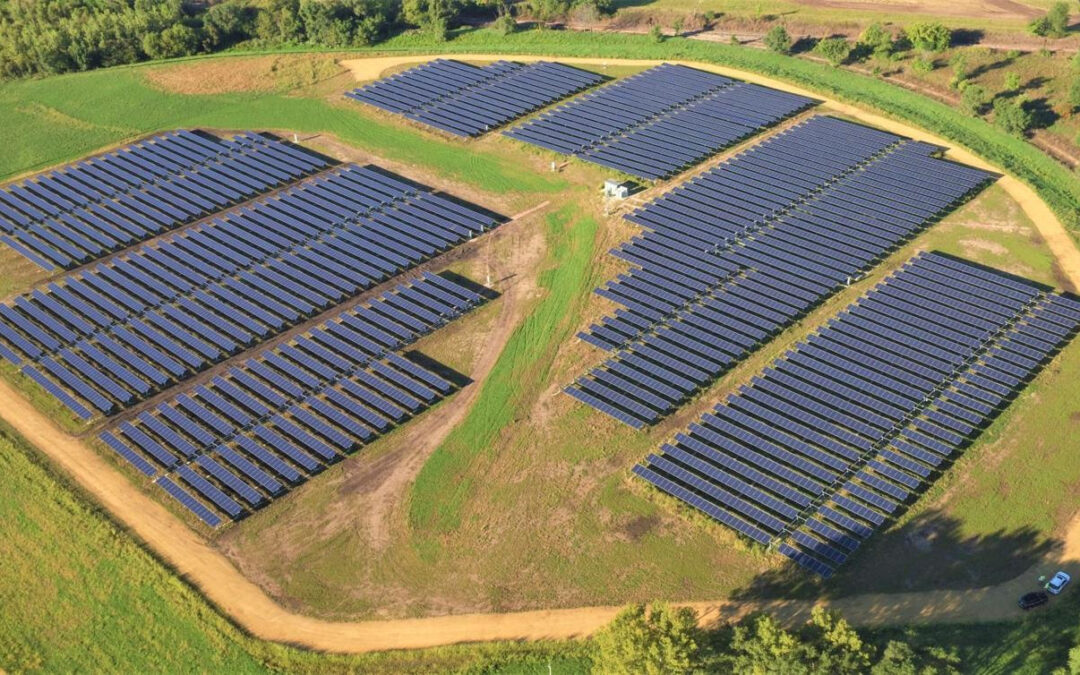 Having secured approval today from the Public Service Commission (PSC) to build six more solar power plants, Alliant Energy’s Wisconsin affiliate is on a trajectory to source 20% of its electricity from solar power by 2025.

The PSC decision enables Alliant to construct and operate 414 megawatts (MW) of solar generating capacity in Dodge, Grant, Green, Rock, and Waushara counties. In combination with the 675 MW of projects approved in April 2021, Alliant’s solar power portfolio now consists of a dozen projects totaling more than one gigawatt, or 1,089 MW. Alliant’s approved solar projects are listed in the table below.

Over the last three years, the PSC has approved 1,850 MW of utility-owned solar generating capacity in  Wisconsin. Of that total, nearly 60% of that generation will serve Alliant Energy’s Wisconsin customers.

But a recently initiated U.S. Commerce Department investigation into alleged unfair trade practices has already begun to disrupt utility-scale solar farm development nationwide, including projects in Wisconsin. If not resolved soon, the collateral damage from this investigation will likely spread to the Alliant solar portfolio approved today, causing construction delays and increasing costs.

The investigation, which could extend until August 28th, targets solar products imported from Cambodia,  Malaysia, Thailand, and Vietnam. Eighty percent (80%) of all U.S. solar panel imports are sourced from these four countries. If an unfair trade practice is identified, the Commerce Department is empowered to remedy the situation with very high tariffs on panels. For that reason, manufacturers in the targeted countries have been forced to cease production of solar panels destined for U.S. projects.

“Not even a month has gone by, and it is already disrupting solar projects at all stages of the development pipeline,” Allen said. “We are concerned that this investigation can do serious damage to the solar build-out  now underway as well as undermine Wisconsin’s Clean Energy Plan.” Allen added: “We ask Senators Baldwin and Johnson and Wisconsin’s Congressional delegation to stand up for Wisconsin jobs, Wisconsin farmers, and Wisconsin’s rural economy and urge the Commerce Department  to issue a negative ruling on this matter as soon as possible.”