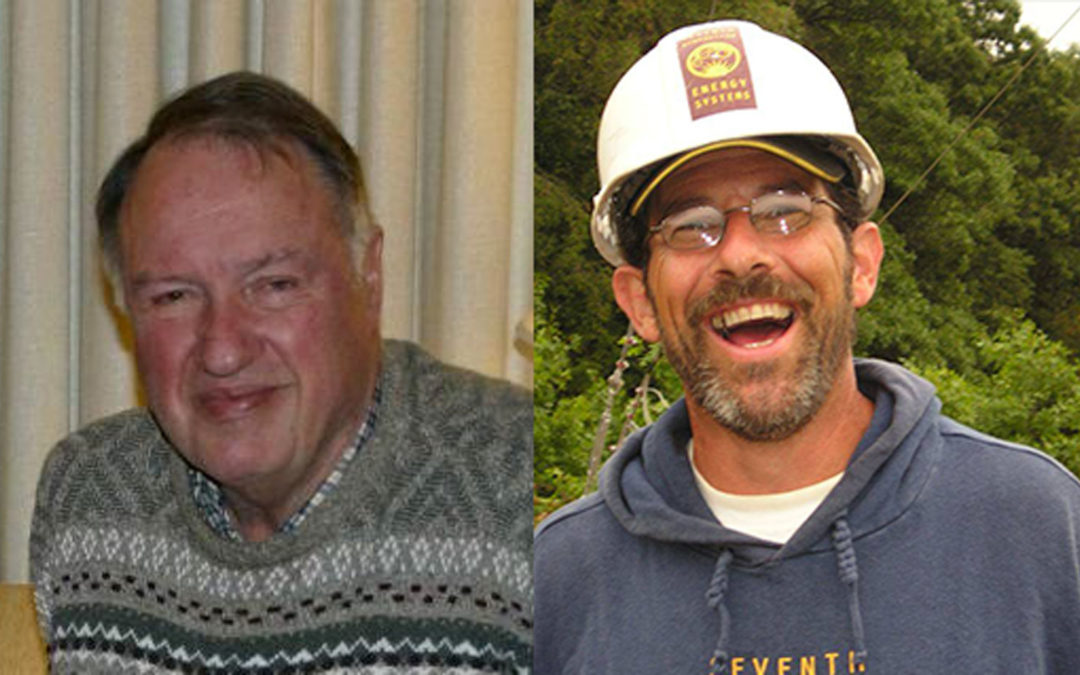 It is with great sadness that we mark the passing of John Bahr and David Blecker—two long-time RENEW members who dedicated themselves to advancing a clean energy future in Wisconsin.  Though coming from very different backgrounds, John and Dave joined RENEW in the mid-1990s, and became effective champions for reducing Wisconsin’s overreliance on fossil fuels and redirecting capital and labor into nascent renewable energy technologies like wind, solar, and biogas.

After retiring from a successful career, John Bahr created a one-man speakers’ bureau under RENEW’s auspices, and directed his presentations to civic groups and congregations near his home in Wauwatosa.  Traveling to churches, libraries, and meeting halls, John engaged hundreds of small audiences, challenging them to think seriously about energy sustainability. Though his passion for clean energy came about through his environmental ethic, John’s advocacy was built on a solid factual foundation, upon which he would make the case for a systematic redesign of our energy system.

To those who knew him well, David Blecker was a special and multifaceted talent whose fierce commitment to clean energy belied a gentle spirit and an infectious sense of humor.  After completing his graduate studies through UW-Madison’s Energy Analysis and Policy Program, David founded Seventh Generation Energy Systems (SGES), a company specializing in small wind systems and wind resource assessment. With the help of Focus on Energy, SGES became one of the leading small wind installers in the nation, reflecting David’s mastery over small-scale generation. But running a business was only the beginning for David. He found time to teach classes at MREA, develop course work for technical colleges, and shape Focus on Energy’s renewable energy program. He took part in numerous collaboratives involving utilities and advocates in hopes of expanding the numbers of self-generating households and businesses throughout Wisconsin. In recent years, David transitioned over to solar energy, and offered his services to local contractors in need of his expertise in designing electrical systems. Powered by an unshakeable belief in renewable energy as a force for environmental protection and social justice, David made it his mission, whether as engineer, educator, business owner, or concerned citizen, to touch as many lives as possible with it.