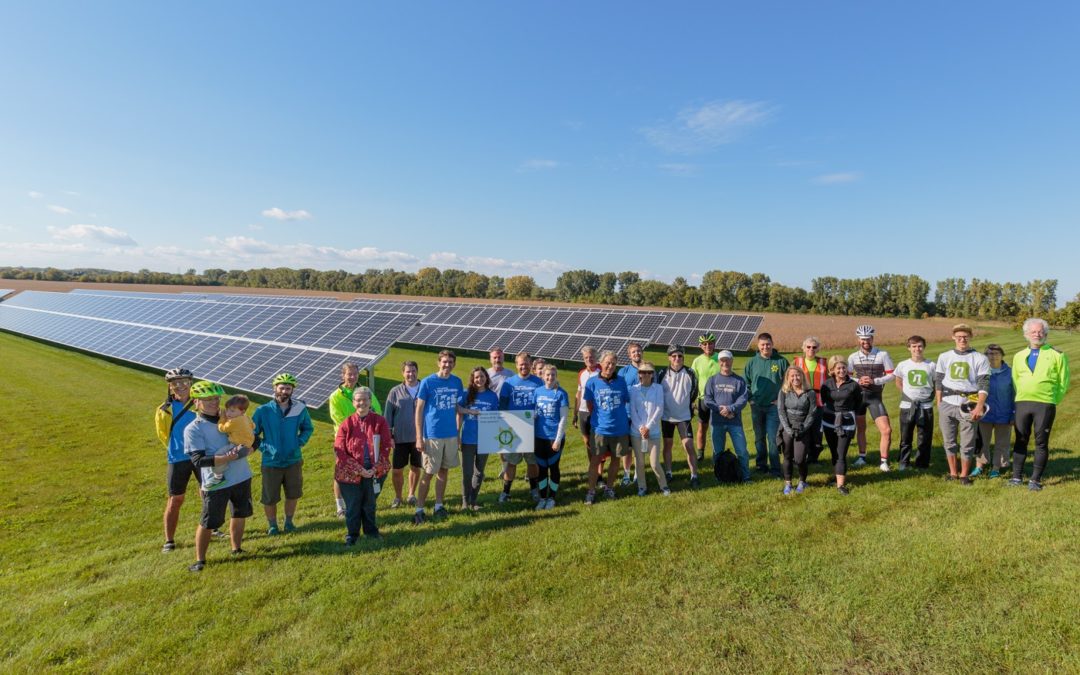 For many years, Focus on Energy’s renewable energy incentive program has labored under an operating environment resembling a regulatory roller-coaster. It has weathered funding suspensions, mid-stream budget reallocations, and an effort to replace rebates with loans.

But that extended wild ride is finally coming to an end, the result of Public Service Commission orders that will restore stability and consistency to Focus’s renewable energy offerings.

The PSC’s ruling in June 2018 locked in $22 million in renewable energy incentives for the 2019-2022 funding cycle, split equitably between residential and business customers. That allocation amounts to a funding increase of $4.7 million, or 27%, over the previous four-year cycle.  In addition, the order granted flexibility to move funds between residential and business customers to better ensure all the funding is utilized.

A subsequent order in September 2018 locked in improvements to the business program, including a streamlined application process, a guarantee of request-for-proposals issued three times per year, and a funding set-aside for mid-size projects (between 20 and 100 kilowatts for solar power projects).

We are starting to see the results of these positive decisions!

The business program has an RFP on the street with applications due next week, on Tuesday, October 23rd, for the first round of projects that will be installed in 2019.

All in all, the PSC’s decisions tracked closely with the recommendations submitted by RENEW and its member businesses regarding funding levels and program design.

But before we dive into how it happened, RENEW wishes to thank PSC Chairperson Lon Roberts and Commissioners Mike Huebsch and Rich Zipperer for their votes in support of a strong, predictable, and consistent renewable energy program for Focus on Energy!

We would also like to thank the Commissioners’ Executive Assistants and the Commission’s Focus on Energy staff team for the role they each played in setting up success for 2019 through 2022.

The Anatomy of the Victory

Our goals for the 2018 planning process were twofold: first, to lock in a stable and well-funded operating environment for renewables; and second, to integrate needed process improvements to the incentive program targeting commercial installations. Our member businesses assisted us in formulating these recommendations which were based on an assessment of recently adopted tax and trade policies and their likely effects on customer appetite for onsite renewable generation.

Our success was made possible by the participation of several influential constituencies that weighed into the formal planning docket. For the first time in Focus on Energy’s history, associations representing general contractors, builders, and architects voiced their support for a well-funded renewable energy program.  Drawing upon his background representing contractors at the Capitol, Jim Boullion, RENEW’s Government Affairs Director, was instrumental in engaging these groups to submit a letter conveying their support for continuing current funding levels over the next four years.

In addition, renewable energy businesses and associations across solar, biogas, and geothermal technologies weighed in with support.  These businesses span the entire state, which helped us make the point that the renewable energy program serves rural and urban areas. 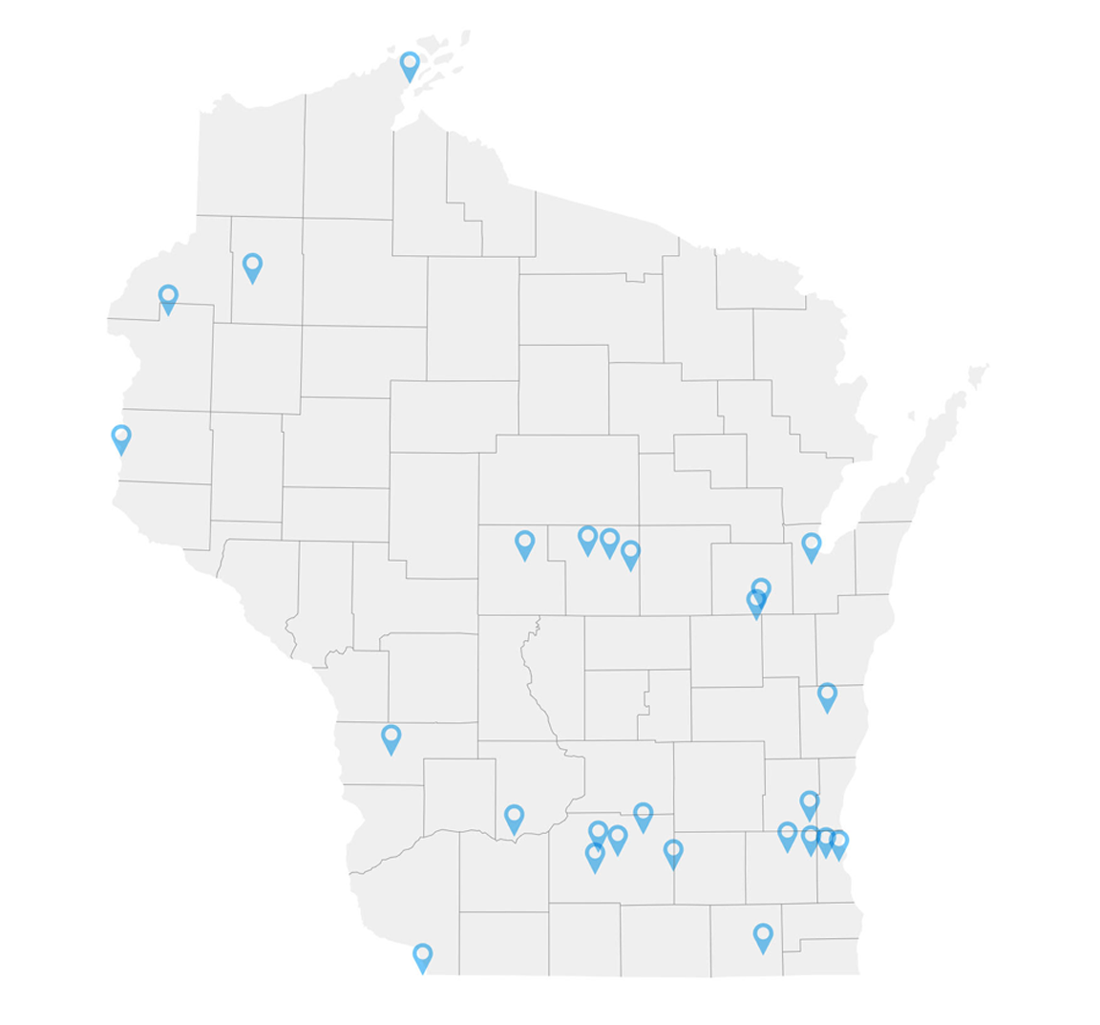 Our success in 2018 was also made possible by RENEW’s organized media outreach and recognition swings across Wisconsin from 2015 through 2017.  Those events highlighted the increasing appeal of rooftop solar for commercial customers, school districts, and agricultural producers, and called attention to the Focus on Energy incentives that moved these installations to completion.

The ribbon-cuttings and award ceremonies in locations such as Racine, New Berlin, and Darlington proved effective in generating positive coverage from the press. RENEW complemented that effort with analysis documenting the renewable program’s statewide reach and effectiveness in supporting Wisconsin businesses, both at the customer and contractor level.

That effort first bore fruit in October 2016, when the PSC decided to scrap the sputtering loan program and replenish the incentive budget for 2017 and 2018 with unspent loan dollars totaling more than $8.5 million. With that commitment in place, renewable energy businesses could bank on a relatively stable and adequate funding base, and break free of the fits and starts that had hampered their ability to meet growing customer demand.

Getting the 2017 and 2018 programs in place and, through our members, showing them to be successful gave us a strong negotiating position to showcase “what is working” and to advocate for continued rebate funding for 2019-2022.

In the end, it was a combination of RENEW’s strong advocacy on behalf of our member businesses and allies, and the PSC’s desire to see the program succeed that led to this positive outcome. We are fortunate to have so many actively engaged members who understand the value of speaking up with a unified voice.

Said RENEW Executive Director Tyler Huebner: “The Commissioners definitely heard the collective comments of our industry and stakeholders to make the renewable energy program as streamlined and business-friendly as possible.  RENEW Wisconsin will continue to work with the Commission, PSC staff, and the Focus on Energy program administrators to make the programs simple for customers and the renewable energy marketplace, while ensuring cost-effective outcomes.”

Once again, thank you to our Members and Stakeholders who supported our positions, and to the PSC Commissioners, Executive Assistants, and Staff who all played instrumental roles in this process.

We look forward to a strong Focus on Energy renewable energy program for 2019 through 2022!