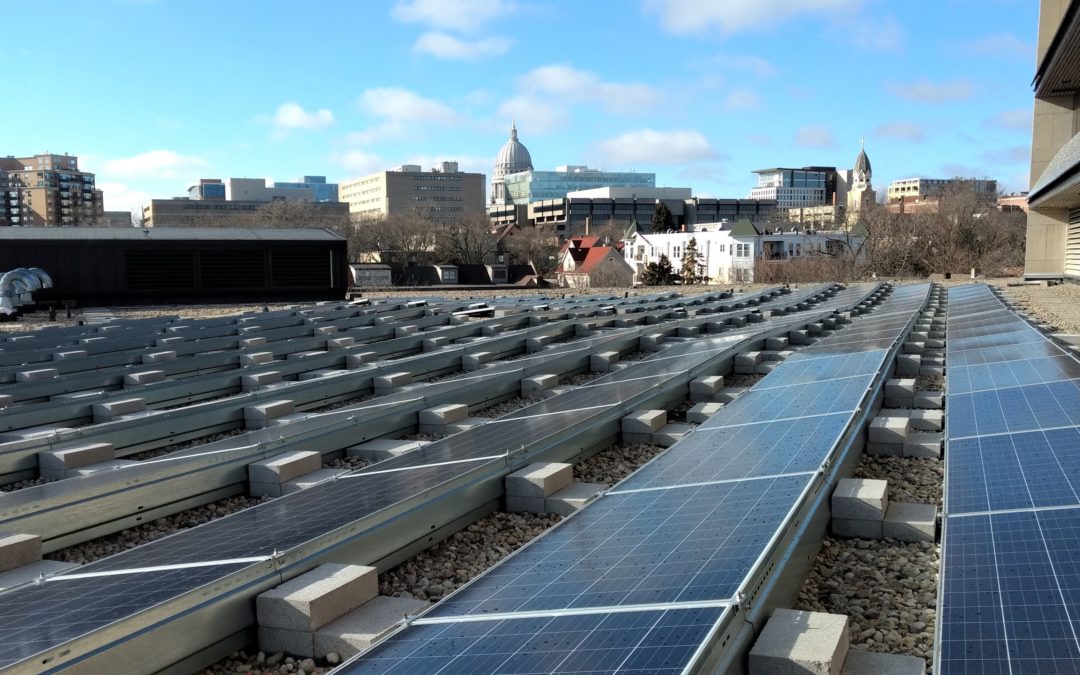 Today the Public Service Commission of Wisconsin approved two long-term supply contracts between Madison Gas and Electric (MGE) and two of its customers who wish to receive more electricity from renewable energy.

With these approvals in hand, the City of Middleton and the Middleton-Cross Plains Area School District become the first customers in Wisconsin to contract with their local utility to receive emission-free electricity from an offsite solar plant.

Together, these customers have committed to receive the output from 1.5 megawatts (MW) of solar power that MGE will build on property owned by the City of Middleton near its municipal airport. The school district’s commitment amounts to 1 MW, while the city’s commitment is for 500 kilowatts.  The solar project itself will total 5 MW, with the other 3.5 MW approved earlier this summer as an expansion of MGE’s Shared Solar program.

Under MGE’s Renewable Energy Rider service, larger customers with multiple facilities, such as local governments, school districts, and companies, can source some of the electricity they use from a nearby dedicated solar plant. This voluntary service enables customers to drive the expansion of renewable power and directly benefit from the additional solar capacity beyond the amount of solar power that their own buildings could hold.

After MGE became the first Wisconsin utility to gain approval in 2017 to create their 25 MW program, We Energies and Alliant Energy sought and received approval for 150 MW each in similar programs for customers they serve.

“These 1.5 megawatts of solar power should be just the beginning as MGE, We Energies, and Alliant Energy have a combined authority to subscribe up to approximately 325 megawatts of renewable energy under their programs.”

RENEW supported the creation of MGE’s program in our 2017 Public Comments, which included this statement: “There is significant and growing corporate interest in increasing consumption of renewable energy.  In addition, there is growing interest among institutional customers such as municipalities, school districts, and technical colleges to access renewable energy, and along with corporate customers, these entities tend to view their utility as their trusted long-term partner on energy. As these customers weigh their options for accessing renewable energy, we believe it is important that our regulated utilities are granted flexibility to pursue tariffs and contracts to meet those needs.”

MGE serves four municipalities–Middleton, Madison, Monona and Fitchburg–that have recently adopted 100% renewable energy goals. The approved contracts clear a path for these communities and other entities with ambitious clean energy goals to access more solar power under this model.

The solar facility to be built will be a total of 5 megawatts, of which 3.5 megawatts will be dedicated to MGE’s Shared Solar program.  Earlier this summer, MGE received approval from the PSC to revise and expand its shared solar service. MGE now offers shared solar subscriptions to smaller commercial customers (including nonprofits) as well as to residential customers.

The larger array provides solar power at a lower cost, which allows MGE to substantially narrow the cost differential between MGE’s shared solar service and its standard rates.  The array should produce 9.2 million kilowatt-hours in its first full year of operation, enough electricity to cover the needs of about 1,182 average Wisconsin homes.

OneEnergy Renewables, a Seattle-based company whose Midwest office operates out of Madison, originally developed the 16-acre site at Morey Field (Middleton’s airport) where MGE’s solar array will be constructed. OneEnergy also recently developed a portfolio of solar arrays in western Wisconsin that supply electricity to seven different municipalities while providing renewable energy credits under long-term contracts to Organic Valley and the City of Madison.