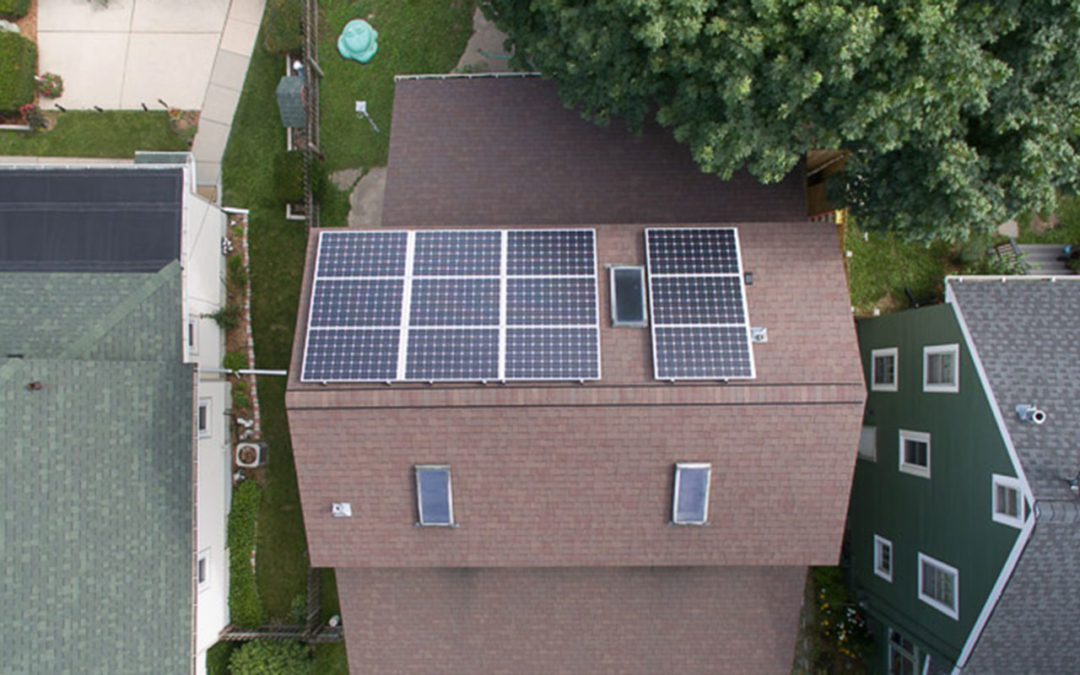 For a central Wisconsin family seeking to supply their home with affordable solar power, December 1, 2022, was a day worth celebrating. The Public Service Commission (PSC) ruled that their bid to access electricity under contract from a third-party-owned solar PV system on their rooftop would not conflict with Wisconsin’s public utility law.

This Declaratory Ruling arose from a petition filed in May by Vote Solar, a national solar energy advocacy organization, on behalf of one of its members, a family residing in Stevens Point. The ruling clears the way for the Vote Solar member to host an eight-kilowatt solar array and pay for that electricity under contract with a third party instead of purchasing the system and absorbing the costs upfront. The third-party provider named in this petition is Northwind Renewable Energy Cooperative, based in Amherst.

While existing law does not prohibit third-party ownership of generating equipment located on the customer’s premises, it does not expressly sanction this type of arrangement either.

In their testimony and briefs opposing Vote Solar’s petition, electric providers argued that any provision of electricity to the family by a third party, whether under a lease or a power purchase agreement, would automatically make Northwind a public utility operating illegally in another utility’s territory. Given that Wisconsin utilities have in recent years denied interconnection to customers seeking to host third-party-owned solar PV systems, Vote Solar felt it necessary to request a Declaratory Ruling on behalf of its member to clarify that the family is not “the public” and that Northwind is not a public utility. Vote Solar was represented by attorney Tim Lindl of Keyes & Fox LLP in this proceeding.

As noted in Vote Solar’s reply brief, “the utility position that two homes with the same equipment, installed the same way, connected to the same utility—with absolutely no functional difference—should be categorized differently simply because of the way the system is financed defies logic and common sense.”

A number of stakeholder comments filed in this proceeding took aim at that argument, such as the example below from Kurt Reinhold, president, and managing director of Legacy Solar Cooperative.

“Anytime someone replaces older HVAC equipment or older lighting fixtures, they are doing what they can (behind the electric and gas meters) to reduce their power demands and energy needs. It’s the same thing with solar power. If a family or an institution decides they want to use solar power to meet some of their power and energy needs, and rely less on fossil fuels, and lower their electric bills in the process, then no utility or regulatory authority should impinge upon the rights of the customer to do that. It should not matter if they take a loan, pay cash, or enter into a service agreement or lease to do so.”

Contrary to the utilities’ hyperbole, affirming the legality of the family’s PV project will not lead to dismantling Wisconsin’s regulatory utility model, as demonstrated in neighboring states like Iowa. As noted by RENEW Policy Director Michael Vickerman:

“Back in 2014, the Iowa Supreme Court ruled in favor of a similar petition filed by a local solar contractor, affirming the legality of third-party-owned generation serving host customers. That decision removed a significant economic barrier that kept nonprofit entities from pursuing onsite solar power. Access to financing opened the solar door to many school districts and local governments across the state. All have reported significant savings from the solar installations serving their facilities.”

Vickerman added, “There is simply no basis for believing that our state’s experience with third-party-financed distributed energy systems would track any differently than what we’ve seen in Iowa. But if we want to broaden solar power’s affordability and make it accessible to low-to-middle income residential customers, small businesses, hospitals, schools, local governments, places of worship, CAP agencies, and other nonprofits, we will need to allow customer use of financing from third-party institutions consistent with the framework described in the Vote Solar petition.”

“As a clean energy company based in Menasha, we recently completed a microgrid project for the Bad River Tribe in Ashland using TPF [third party financing], sometimes referred to as an energy-as-a-service model. In 2016 a storm wiped out power to the tribe, leaving them stranded for days… We were able to assist them with the financing because the tribe is a sovereign nation and not subject to Wisconsin law. This system would not have been possible without the flexibility of TPF [third party financing].”