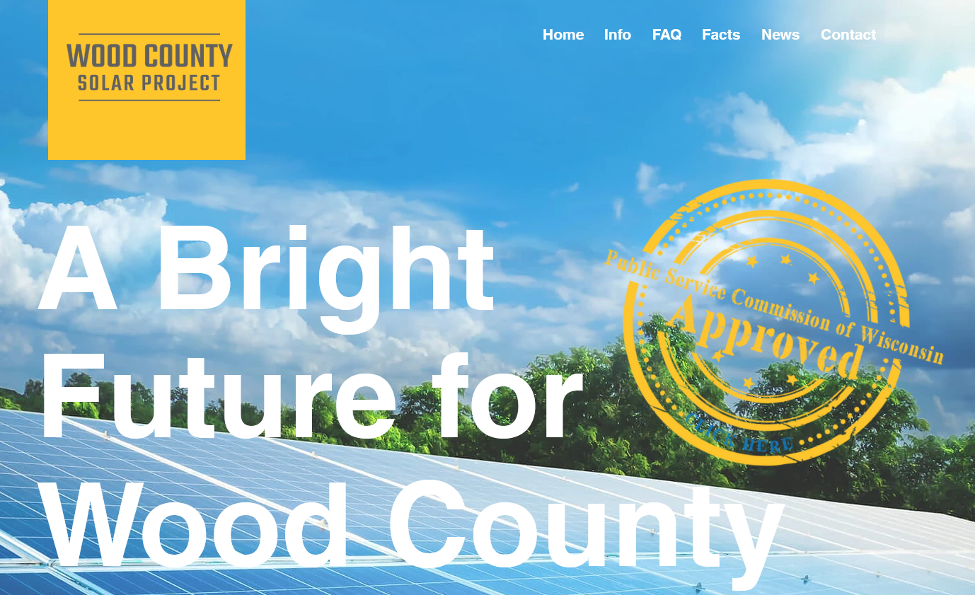 At its first open meeting of 2021, the Public Service Commission (PSC) cleared the path for Wisconsin’s next solar farm, a 150 megawatt (MW) project near Wisconsin Rapids in Wood County, to proceed to construction. Developed by Savion Energy, the Wood County Solar Farm is one of six Wisconsin solar farms totaling 675 MW that Alliant Energy-Wisconsin Power and Light seeks to acquire for its own generating fleet.

Wood County is the sixth solar farm proposal to be granted a siting permit from the PSC since April 2019, when the agency approved Wisconsin’s first two solar farms, Two Creeks and Badger Hollow. With the authorization of the Wood County project, total solar power capacity approved by the PSC climbed above one gigawatt (see Table 1).

Two other proposed solar farms—the 200 MW Grant County project near Potosi and the 150 MW Onion River project near Oostburg in Sheboygan County–are moving through the regulatory review process. The PSC is expected to issue rulings on those two projects, along with Alliant’s application to own and operate all six solar farms, over the next three months.

Presently, the site is mostly a red pine plantation grown for the pulp and paper industry. Following PSCW approval of Wood County Solar Project, the work to harvest the site’s existing stand of trees will begin. Coordination has already commenced between the Project, Alliant Energy, The Town of Saratoga, and Wood County to ensure an orderly harvesting campaign.

Though the parcel has been a working tree farm since 1938, development pressure has been intensifying in recent years.  In 2012, the Wysocki Family of Companies applied for permits to establish a 3,500-cow dairy operation on that property, and over time the proposal grew to approximately 5,300 cows.  The residents of the Town of Saratoga fought the dairy proposal vehemently, in part to protect drinking water wells that supply many of the local families.  The solar farm has received wide support in the community.

The construction timetable calls for the completion of the solar farm in the fourth quarter of 2022.