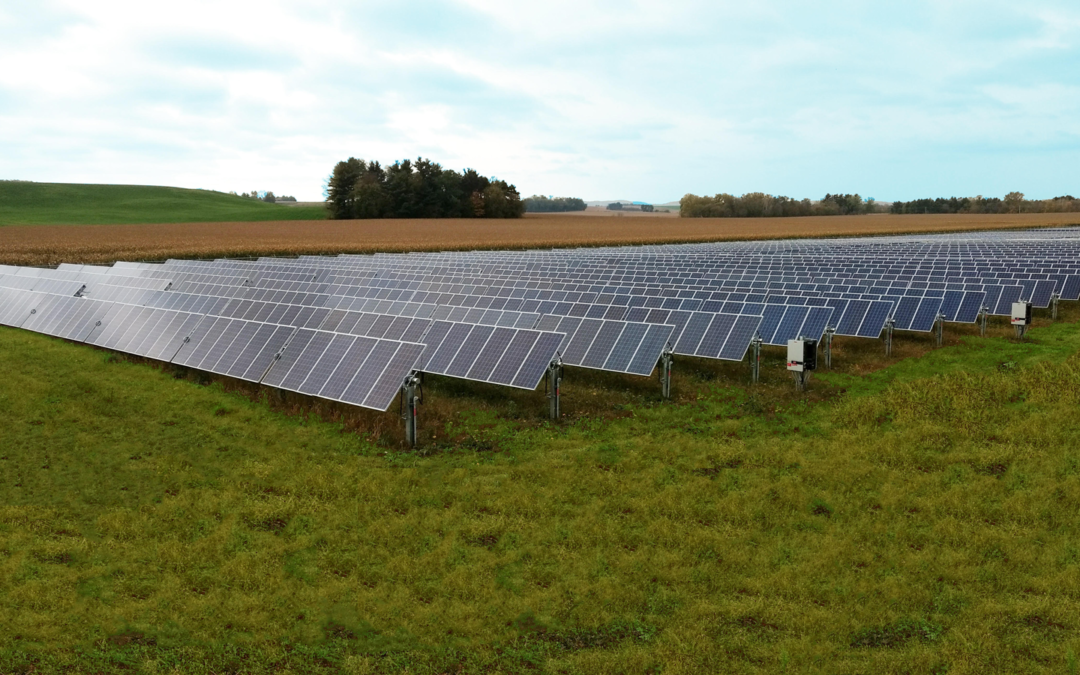 The Public Service Commission this week signed off on the newest solar farm slated for construction this year in Dane County. This solar power plant will cover 58 acres at the northern end of Dane County Regional Airport, and will involve more than 31,000 panels mounted on single-axis tracking systems. Madison Gas & Electric (MGE) will own and operate the solar plant, and expects to complete construction in the fourth quarter of 2020.

MGE’s solar field is noteworthy in that it will produce clean electricity for only one customer: Dane County. This will be the first example in Wisconsin of an offsite solar project dedicated to a single customer, albeit one with multiple facilities in MGE territory.

Through a long-term contract with MGE, Dane County will purchase the project’s output to offset its own purchases of grid-supplied electricity over the course of the facility’s 30-year-plus life. At nine megawatts (MW), the facility should produce on average 18 million kilowatt-hours a year. All told, the solar farm’s output should equate to about 40% of the electricity consumed at county-owned facilities served by MGE.

The PSC decision contained two separate approvals. First, the agency approved the power purchase agreement between MGE and Dane County, which is provided through the utility’s Renewable Energy Rider service. Under the contract, Dane County will pay 5.8 cents/kWh for electricity generated in the first year of operation, which will result in immediate savings. That price will escalate 2% per year over the contract’s term, which should track closely with anticipated increases in utility energy costs. After 30 years, Dane County will have paid off MGE’s entire investment.

The PSC also authorized the expenditure of $16 million to permit, build, and operate the solar field at the airport. The installed cost of the project equates to $1.78/watt, in line with other, smaller utility-owned projects such as MGE’s 5 MW facility now under construction at Middleton’s Morey Field.

Dane County is the third MGE customer to take service from an offsite solar array built under the Renewable Energy Rider service, following in the footsteps of the City of Middleton and the Middleton-Cross Plains Area School district. Those two customers have committed to purchase the output from a combined 1.5 MW share of the Morey Field solar array, which should commence operations in June 2020.

Notwithstanding its voluntary nature, MGE’s Renewable Energy Rider program has proven to be an attractive option for local governments that have adopted aggressive clean energy goals but are limited in their capacity to host solar systems on all their facilities. Later this year, MGE will file an application to build a 7 MW solar farm to serve the City of Madison and the Madison Metropolitan School District (MMSD). As with Dane County, MGE is the electric provider for many facilities owned by the City and MMSD. The solar array will be located near the Dane County Landfill in southeast Madison.