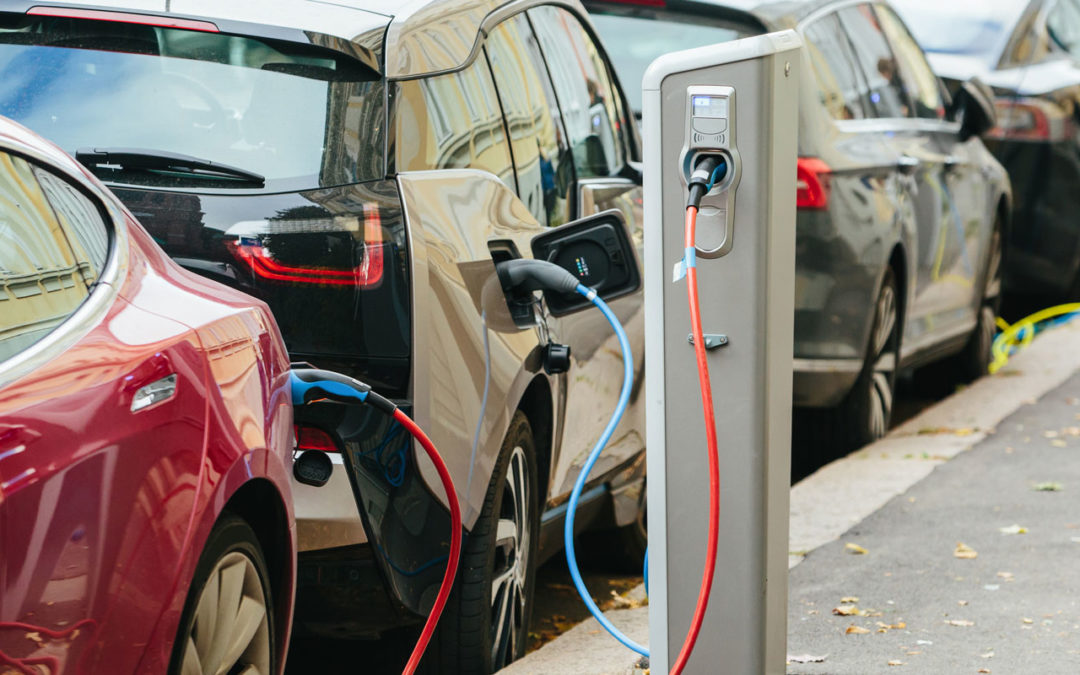 On May 28th the Assembly Energy and Utilities Committee held a hearing on Assembly Bill 233. The bill would allocate a little over $10 million of the Volkswagen Settlement money to fund electric vehicle charging stations in Wisconsin.

RENEW Wisconsin, Customers First! and Wisconsin Conservative Energy Forum all spoke in favor of the goal of the bill. We stressed the importance of preparing Wisconsin for the coming transition to electric vehicles, and, with our allies, made the case for using Volkswagen Settlement Funding to do so. A number of other groups testified with concerns about specific provisions that they believe need to be changed.

Representative Adam Neylon (R-Pewaukee) and Senator Robert Cowles (R-Green Bay) are the lead authors of the bill. They both agreed that the legislation needs some work but they are committed to adjusting the proposal to ensure it best serves the mission of the bill, which is to increase access to electric vehicle charging in Wisconsin.

This legislation is similar to a proposal that Governor Tony Evers put into his budget bill.  RENEW is working  with stakeholders and elected officials to address the details of the bill and bolster support for using $10 million of the VW Funding for electric vehicle infrastructure.

In our testimony below, we highlighted the benefits of electric vehicles, the need for fast-charging stations, and our concerns with AB 233 that we feel need to be fixed for this legislation to be passed or for it to be included in the budget bill.

There is still time to get involved! Please reach out to your legislators to support AB 233 and Governor Evers budget proposal.

Jim Boullion: Chairman Kuglitsch and committee members, thank you for the opportunity to speak to you today. My name is Jim Boullion, Director of Government Affairs for RENEW Wisconsin.  With me, and also from RENEW Wisconsin, is Electric Vehicles Program Manager Jane McCurry.

RENEW Wisconsin is a nonprofit organization founded in 1991 that promotes all forms of renewable energy in Wisconsin. We work on policies and programs that support solar, wind, biogas, geothermal energy and electric vehicles.

RENEW Wisconsin supports AB 233 and its goal of expanding the availability of electric vehicle charging stations in Wisconsin.

I would like to turn it over to Jane McCurry to share information with you about the market for electric vehicles, details of the Volkswagen Settlement and why this legislation is needed.

Jane McCurry: The market for electric vehicles is changing fast. The upfront price of an electric car is dropping, and is expected to reach parity with internal combustion engine cars by the mid-2020s. Every major auto manufacturer has pledged to overhaul their vehicle offerings. We expect almost 200 new electric vehicle models to be available in the next few years, from SUVs to pickup trucks and sedans.

While most electric vehicle charging is done at home, public charging stations are needed for citizens who live in multifamily buildings, who travel long distances for work, and to support our robust tourism sector. Currently, Wisconsin only has 32 fast charging locations, most of which are densely located in the Madison and Milwaukee areas. In order to make driving electric accessible for everyone in Wisconsin, we need to build a network of fast rechargers that will allow both urban and rural Wisconsinites to drive electric with confidence.

In the Midwest, there is consensus that we need to act now. Illinois, Indiana, Iowa, Michigan, Minnesota, and Ohio are all using the available Volkswagen funding for charging station infrastructure. Each of our Midwest neighbors have slightly different programs for utilizing the funding, however, the consensus very much reflects AB 233’s plan to prioritize fast charging along major highway corridors.

Because 85% of Wisconsin’s Volkswagen funds must be used for retrofitting or replacing diesel vehicles, we strongly support using the remaining 15% to create a permanent network of high-speed public charging stations, which would give people and businesses the confidence they need to buy hundreds of thousands of electric vehicles in the coming years.

We believe that investing this 15% of the funds in charging stations is by far the best use Wisconsin’s Volkswagen Settlement funding. It is a long-term investment in a critical technology that will last for decades and will benefit everyone in our State.

I will now turn it back over to Jim to make our comments on the specifics of AB 233.

Jim Boullion: The coming increase in electric vehicles on the road is such an important issue that the Wisconsin Public Service Commission recently started an informational docket on the subject.  The information collected in that docket may provide valuable information to the Legislature in finding workable solutions to some of the issues identified in this bill.

As to a few of the individual items in the bill, we have the following comments:

Wisconsin’s plan to use $10,065,000, the full 15% of our allotted settlement funding, will go a long way toward ensuring Wisconsin will not fall behind in the transition to electric transportation. These charging stations will kickstart a whole new market of transportation that will benefit our State and local economies for decades to come. This is an opportunity to ensure all Wisconsin citizens have access to electric vehicles.

Not only that, but electric vehicles provide an opportunity to fuel our transportation with clean, homegrown energy that is produced right here in Wisconsin. Wisconsin spends $8.2 billion each year on fuel for transportation that comes from out-of-state. The program created by AB 233 will bolster our local energy production and local economies for decades to come.

Thank you for the opportunity to speak to you today. We are very excited to see your leadership investing in the transition to clean, high-tech transportation.