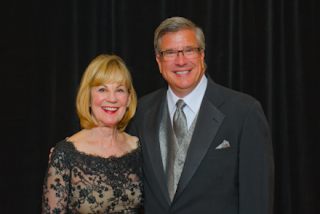 The State Legislature’s Joint Finance Committee met to set the budget of the Public Service Commission for 2017-2019, which includes both Focus on Energy and intervenor compensation funds.

Both of the wins described below gained 16-0 bipartisan votes by the Committee, which is made up of 12 Republicans and 4 Democrats.

First, the budget for intervenor compensation was partially restored after a 66% cut two years ago.  The budget going forward will double to $742,500 annually.  These funds enable nonprofit and citizen-based organizations to bring technical and legal expertise to proceedings at the Public Service Commission.  RENEW Wisconsin has historically used this fund to support our advocacy in utility rate cases, power plant proposals, and numerous other proceedings at the PSC that impact renewable energy.

In addition, the Citizens Utility Board frequently uses this fund to bring expertise to cases in order to keep utility rates as low as possible for residential and small business customers across Wisconsin.  Governor Walker had proposed this restoration of funds in his budget, and the Committee adopted it.  This is great news, and we applaud Governor Walker and members of the Joint Finance Committee for adopting this provision.

Secondly, Focus on Energy’s budget will remain unchanged, allowing for the most cost-effective energy efficiency and renewables projects to be funded.   The Governor has proposed to eliminate the ability for school districts to borrow above their revenue limit to fund energy efficiency and renewable energy improvements (commonly called “Act 32” projects).  To backfill that change, the Governor proposed allocating an additional $10 million from Focus on Energy’s budget for schools above what they spent last year, which would have earmarked nearly $15 million out of the total $93 million for schools alone.

Concerns had been raised that schools would not be able to use that much Focus on Energy funding.  The proposed earmark could have siphoned funding away from private business installations in energy efficiency upgrades, leading to unspent dollars in the Focus on Energy program and a less cost-effective set of investments.

The Committee voted 16-0 against the Governor’s proposal, leaving the Focus on Energy budgets unchanged.  This is very good news since the program returns over $3.50 for every dollar invested, and schools will still have ready access to incentives through existing programs.

This sets up an important vote later in the Joint Finance Committee schedule regarding the Governor’s proposal to repeal the Act 32 school district revenue exemption.

RENEW Wisconsin was supportive of both of these successful measures through our participation in the Customers First Coalition.

The biennial budget needs the approval of both the Assembly and the Senate before being signed by the Governor.  Typically, the budget process lasts through June.

For more information on these topics and the state budget, please see RENEW’s Clean Energy Summary of Governor Walker’s Budget, and our recap of the 2015-17 state budget.

The Green Leaf Inn will be the first net-zero energy hotel in North America… and it’s being built in Delavan, Wisconsin. See more about this project in the video below:

From an article in BizTimes:
“Menomonee Falls-based Kohl’s Department Stores today announced the company will expand its electric vehicle (EV) charging station initiative with 36 new stations across 18 additional Kohl’s locations by the end of fall 2012.
The expansion spans three new states, including Illinois, Indiana and Wisconsin, and adds additional locations to the company’s Texas EV program.

With the expansion, Kohl’s shoppers will be able to take advantage of a total of 101 charging stations at 52 Kohl’s locations across 14 states. Each of the participating Kohl’s locations will have two or three parking spaces reserved for EV drivers to charge at no cost while they shop.

From an article in BizTimes:
“Menomonee Falls-based Kohl’s Department Stores today announced the company will expand its electric vehicle (EV) charging station initiative with 36 new stations across 18 additional Kohl’s locations by the end of fall 2012.
The expansion spans three new states, including Illinois, Indiana and Wisconsin, and adds additional locations to the company’s Texas EV program.

With the expansion, Kohl’s shoppers will be able to take advantage of a total of 101 charging stations at 52 Kohl’s locations across 14 states. Each of the participating Kohl’s locations will have two or three parking spaces reserved for EV drivers to charge at no cost while they shop.

Over 150 small businesses, organizations, schools, and local officials appealed to the Public Service Commission (PSC) to restore full funding for a nationally recognized renewable energy program that reduces the cost of solar, wind, and biomass installations for Wisconsin utility customers.

In an open letter delivered to the PSC yesterday, the signers asked the PSC to “to exercise its oversight authority over Focus on Energy and restore funding, without delay, for renewables at a level consistent with previous years’ allocations.”

The impetus for the open letter arose from RENEW Wisconsin’s Energy Policy Summit held two weeks ago in Madison. At the summit, the 140 people who participated asked RENEW to make Focus on Energy funding restoration its highest policy priority for 2012.

Focus on Energy suspended its support for customer-sited renewable energy systems last July, when rising demand for renewables outstripped available funds. The program administrator said that incentives will be resumed later this year, but no firm timeline has been set.

“A number of renewable energy installers and contractors are already feeling the effects of the funding hiatus, and the result is less new hiring and potential layoffs down the road. However, we remain optimistic that once funding is restored renewable energy development will once again become a dynamic economic sector and a source of new jobs here in Wisconsin,” said Vickerman.

An Open Letter to the Public Service Commission of Wisconsin
January 30, 2012

In 2002, the State of Wisconsin began offering incentives from Focus on Energy to encourage tangible and significant savings with the implementation of distributed renewable energy systems. By employing a small fraction of the funds available to Focus on Energy for this purpose, the vast majority of customer-sited solar, wind, biogas and biomass projects now operating in Wisconsin received critical financial support. In under 10 years, Focus on Energy succeeded in building an in-state marketplace that supported steady growth of new businesses and jobs in manufacturing, distributing, designing, installing and servicing renewable energy systems. It is no exaggeration to say that the renewable energy program run by Focus on Energy was a nationally recognized as a model for other states to follow.

It’s a very different picture today. For the first time since 2002, Wisconsin business and residential customers entered the new year without a functioning statewide renewable energy program in place. Focus on Energy said that it intends to resume offering incentives for renewables later this year, but has not set a timeline for restoration of funding or services. Nor is there any information available as to whether the renewable products and services supported in the past will be supported again, and, if so, at what levels. What was a successful engine for advancing small-scale renewables in Wisconsin is now, for frustrated businesses and customers alike, a source of vague assurances and little else.

Unfortunately, the ongoing lack of support and uncertainty is guaranteed to cause layoffs and business cutbacks. Furthermore, it is contrary to state law, which specifies that Focus on Energy support customer use of renewable energy as well as energy efficiency. Without the products and services to fuel the renewable market, 2012 will usher in a period of contraction that portends significant declines in installations, accelerated job losses, and increased business migration to markets in other states.

In our view, the most economically efficient way to transition Wisconsin to a sustainable energy future is to pair an aggressive conservation and efficiency program with products and services that increase the market drivers for on-site renewable energy production. Both approaches mutually reinforce each other while delivering economic benefits to customers. Adopting energy efficiency enables customers to reduce the size of their renewable energy investments, and on-site renewables allow customers to lower all or part of their energy bills going forward.

Focus programs save energy, help offset the need for new power generation, lower utility bills, create jobs, reduce fossil fuel emissions, and support broad-based economic development in Wisconsin. And in study after study, it is shown that these benefits are produced at a ratio that far exceeds program costs. As the LAB report points out, the benefit-cost ratio for Focus programs is as high as 7.2 to 1, when taking into account economic metrics like job creation and increased business sales. That is more than seven dollars in benefit to Wisconsin for every dollar invested. http://psc.wi.gov/apps35/ERF_view/viewdoc.aspx?docid=158228

The impressive payback from Focus on Energy is sufficient reason for restoring the renewable energy funding that had been a key feature of that program. Given the near certainty of rising electric rates as the price of delivered coal continues to climb, as coal pollution equipment is mandated to meet new regulations, and to pay for new transmission, we cannot afford any more backsliding by not supporting in-state, distributed renewables. The ongoing funding hiatus for renewables is inconsistent with state law. The Commission has a responsibility to fix this problem immediately, before the lack of support for renewables permanently damages Wisconsin’s renewable energy marketplace. We the undersigned call upon the Public Service Commission to exercise its oversight authority over Focus on Energy and restore funding, without delay, for renewables at a level consistent with previous years’ allocations.